The Mexican capital often branded as CDMX is world renowned for its historical wealth that offers visitors the possibility of traveling to the past through a tour of its streets and the encounter with textures and flavors that delight the palate of national and international tourists. And it is that Mexico City has a cultural offer that makes it the ideal destination to open your mind to the majesty of the contrast between the modern and the immemorial.

The Mixed Fund for Tourism Promotion of Mexico City is the body in charge of positioning the CDMX brand (CDMX from Ciudad de Mexico in Spanish, Mexico City in English) brand in different local and foreign venues.

Although it is relatively new, the CDMX brand has a great reception at the international level, ranking 19th in the "The World City Business Brand Barometer" ranking published in 2016. However, for the Mexican licensee, this is the sample of that can go even further and for this, the Fund has been commissioned to encourage and show the benefits through festivals, neighborhood tourism, cinematic spaces and agreements with travel agencies.

Mexico has five UNESCO Cultural Patrimonies of Humanity, including 'El Zócalo', located in the heart of our Historic Center. It has an infinity of cultural, historical and gastronomic experiences. From the latter, you can find in the streets of Mexico City from a taco to two of the most famous restaurants in the world.

Mexican culture on the big screen

With the change of government, the mentality was also renewed. The big bet is to transform the paradigm proposed by the previous head. To achieve this, Mexicans have opened advertising campaigns in the written press, digital media, social networks, the film industry, television and radio with strategies such as the promotion of the film Roma, directed by Alfonso Cuarón, who this year won three Oscars (Best Cinematography, Best Director and Best Foreign Film). This is one of the most important neighborhoods in the city and now this type of promotion manages to detonate tourism in an impressive way. You find tour operators that sell a tour of the neighborhood where you can visit the places where the Rome movie was recorded.

The month of La Santa Muerte

Another strategy of the government institute is the extension of the famous Day of the Santa Muerte that is celebrated annually in the month of November. Mexico City has great events, and the Day of the Dead parade that was held for a weekend was extended to a month so that travelers who want to discover this festival can choose the dates that best suit their schedule. 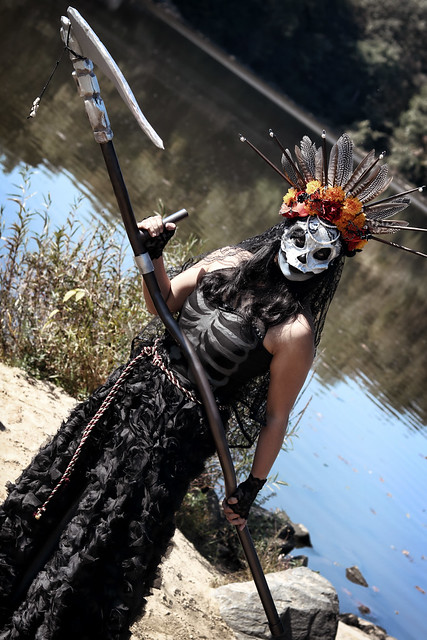