It was agreed to strengthen the export of agricultural products from Mexico to the United Arab Emirates, through the promotion of business meetings and cargo routes Mexico-Dubai. 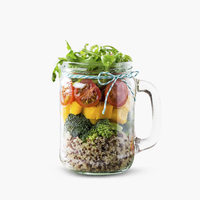 Mexico has a high level of production of healthy and quality food. Stock image

Mexico and the United Arab Emirates will strengthen ties of cooperation in agriculture and livestock, by expressing their interest in increasing the export of Mexican agri-food products to that market.

The Ministry of Agriculture and Rural Development (Sader) noted that the above was evident in a meeting between the head of the agency, Víctor Villalobos Arámbula, and the UAE Ambassador, Ahmed Hatem Bargash Al Menhali, who announced the visit to Mexico of the Minister of Food Security of that country, Mariam Bint Mohammed, next July 15.

In a statement, the head of the Sader stressed that the agency works with a global vision, aware that what happens in one country has repercussions in others, and that there is clarity that there are essential issues to deal with in a coordinated manner. , like climate change.

Agriculture must adapt to climate change for the benefit of the food security of Mexicans, but also to consolidate the role of Mexico as the twelfth producer of food in the world.

"Mexico has a high level of production of healthy and quality food, and it is necessary to consolidate these strengths, but we can not ignore that, in contrast, there are areas in extreme poverty, so the priority of the Mexican government is to encourage these communities to develop at the same pace as the large food producing areas."

The Emirati ambassador said that his country requires food from Mexico and that the positive impression he has for the work carried out by the Mexican authorities with producers and agro-industry on issues of food security, derives the invitation to the minister to come to know the methods that are carried out in the country.

Faced with this, they agreed to strengthen the export of agricultural products from Mexico to the United Arab Emirates, through the promotion of business meetings and cargo routes Mexico-Dubai, and halal certification UAE serves as a distribution center for Saudi Arabia, Oman, Kuwait, Bahrain, and Jordan, among others.

They will also promote the signing of agreements to formalize training and the exchange of technical-scientific knowledge, and share experiences for the benefit of both countries.

During the visit of Minister Mariam Bint Mohammed, it is planned to organize meetings with officials of the Sader, as well as with Mexican producers, industrialists, and exporters, with whom it is sought to analyze the investment opportunities of Emirati entrepreneurs in Mexico.

In 2018 the agri-food and fishing trade balance of Mexico with the United Arab Emirates registered a surplus of 33 million dollars, where the main export products of Mexico were chickpea, tequila, beer, alfalfa, bakery and confectionery, strawberries, avocado, dehydrated yeasts, beets, and fodder turnips.

How Mexican avocado continues its journey to the US