DISCOVER MAHAHUAL FROM A TO Z

Mahahual is a privileged place in Quintana Roo geography for all its natural attributes. It is located in the south of the Sian Ka'an Biosphere Reserve. In the present, it is a fishing village and currently has the port of the Grand Costa Maya with a cruise ship dock.

When there are cruises in Mahahual, there is a great activity in the area and there is also the beautiful beach that thanks to the proximity of the reef is a natural pool of incredible blue and emerald tones. Upon arrival you will be welcomed by the lighthouse of the community, a must stop to admire the beautiful Caribbean Sea, as well as the paradisiacal pier that divides the beach from restaurants, hotels and craft establishments, which you can walk and admire with the breeze in the face the white sand. In the vicinity, there are incredible places for both scuba diving and free diving.

If the sea is what seduces the visitor, the activities are snorkeling, diving and fishing, 20 minutes from the coast is located Chinchorro Bank, where you can admire a variety of fish. Punta Herrero is another option for those who enjoy contact with nature. This place is part of the Sian Ka'an Biosphere and is located at Mahahual time. On land, you can ride on the beach or ride a bicycle.

The offer of lodging is composed of ecological little hotels and there are small restaurants on the beach that offer the catch of the day; The menu includes fish, shrimp, snail, lobster and all kinds of marine delicacies. 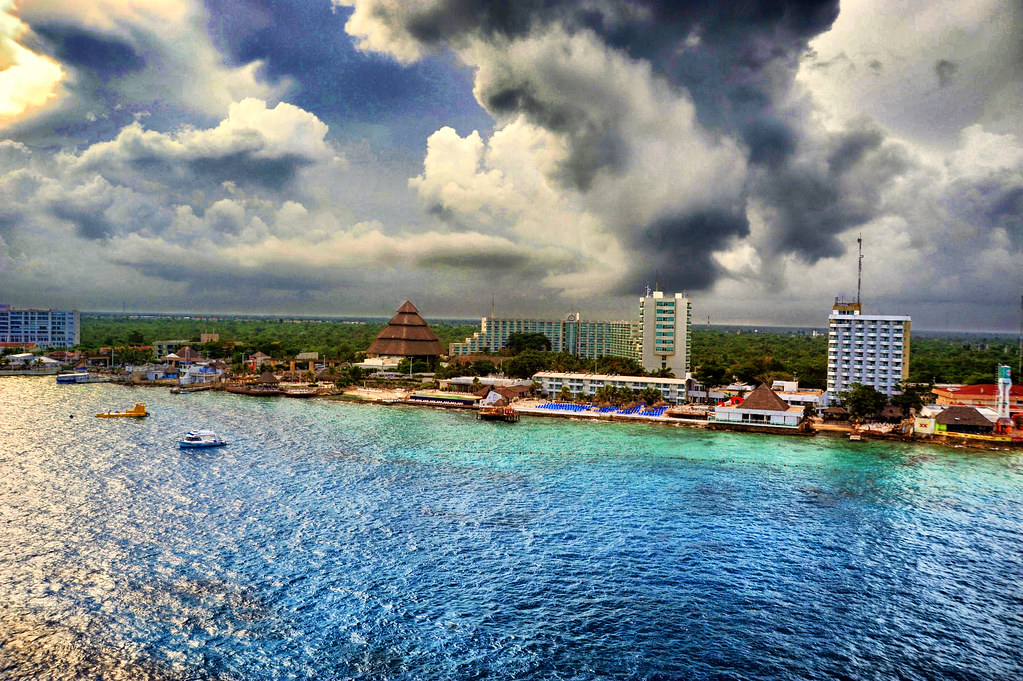 Buggy tour through the dunes

Protected Natural Area, which houses a great diversity of species of marine flora and fauna. Located 30 kilometers from the coast, in front of Mahahual and Xcalak. It has an elliptical shape, with about 45 kilometers long by about 18 at its widest part.

On this perimeter are the highest parts of the bank, four of which form sandy areas emerged. There is also another sandy bank in the interior of the lagoon formed by the ellipse. This bank was formed over the millennia by the accumulation of fragments of coral skeletons, shells, snails, and calcareous material detached from these creatures.

The place has been a great trap for navigation and is full of traces of ships stranded or sunk during the last 500 years (18 of them were Spanish and English ships of the sixteenth, seventeenth and eighteenth centuries). Needless to say, the place is one of the most famous in the world for diving lovers.

This point, located 34 kilometers north of Mahahual, has a large exclusive beach club for travelers arriving on the Costa Maya on cruise ships. To the north of the Uvero, there are other small fishing villages and interesting beaches such as Punta Gruesa, Tampalam, San Martín and Punta Herrero.

Old town and fishing port, located south of the coast of the Costa Maya. It has several natural attractions and is relevant for its history dating from the beginning of the century. In front of its coasts is the southern portion of the Banco Chinchorro coral reef and a peculiar reef structure called the "Poza" ideal to observe a great variety of marine species.

It is one of the few and last virgin beaches of the Mexican Caribbean located just 60 km from Mahahual. The great diversity of flora and fauna found in this area, together with the marine environment, make Xcalak a tourist destination with truly unforgettable landscapes; also considered a paradise for nature lovers, diving, fishing, and snorkeling. 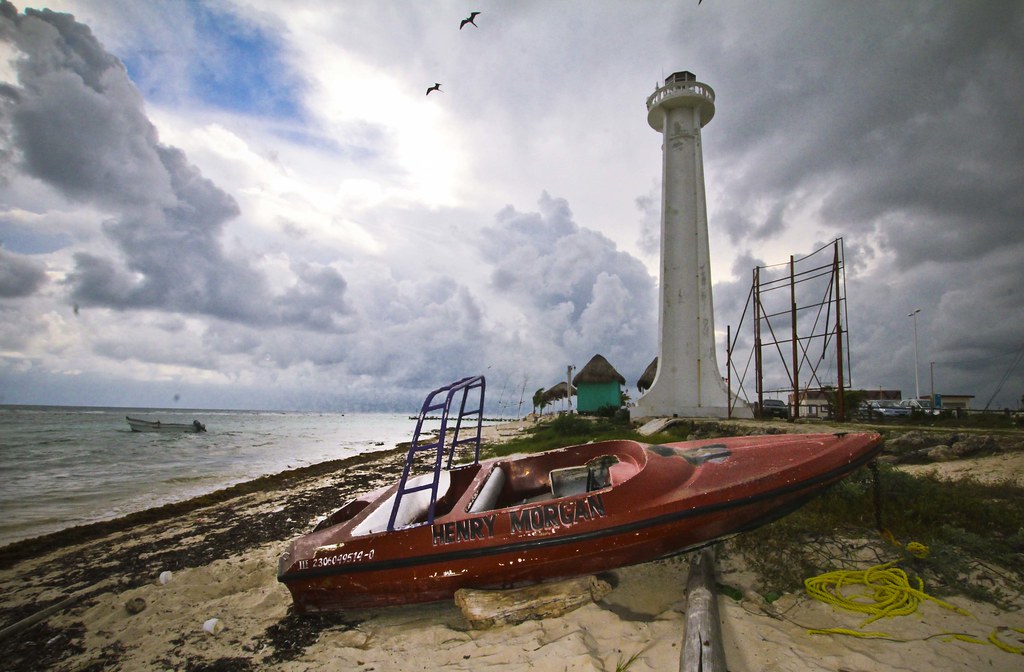 With a length of 900 kilometers, this great coral reef is the largest in the Atlantic Ocean and the second largest in the world, just below the Great Barrier Reef of eastern Australia. It takes that name because it goes from Mexico to Honduras. Starts in Holbox Island, in the waters of the Gulf of Mexico, turns south and covers the entire coast of Quintana Roo, continues in front of Belize and Guatemala, ending in Roatan and the other Islands of La Bahia in Honduras.

More than just a barrier reef, it is an intricate coral system. Twenty thousand years ago, during the last ice age, the level of the Caribbean Sea was 120 meters below its current level. As the continental ice melted, the sea level rose gradually. The coral, which requires surface water to live, grew with it thereafter and colonized this part of the coastal zone until about six thousand years ago when the water level stabilized. Meanwhile, complementary ecosystems such as mangroves grew on the coasts, and lagoons of brackish water were created that together created this treasure of biodiversity that is the northwest of the Caribbean.

The human presence in the last millennia has put at risk many of the species present here and some, including, like the Caribbean monk seal, have become extinct. All in all, this reef is still home to several very striking species. Chorals such as the elk horn (Acropora palmata), the lettuce leaf (Agaricia agaricites) and the brains (Diploria strigosa and D. labirynthiformes) abound here, among dozens of other species. More than 500 varieties of fish have been detected. There are also different commercial marine species such as the giant snail and the spiny lobster. And in the complementary terrestrial ecosystems, one finds an infinity of reptiles, mammals and, mainly, birds.

If you visit the reef, make sure not to damage it and hire the services of authorized companies. This way, you and the next generations that come to visit can enjoy it. 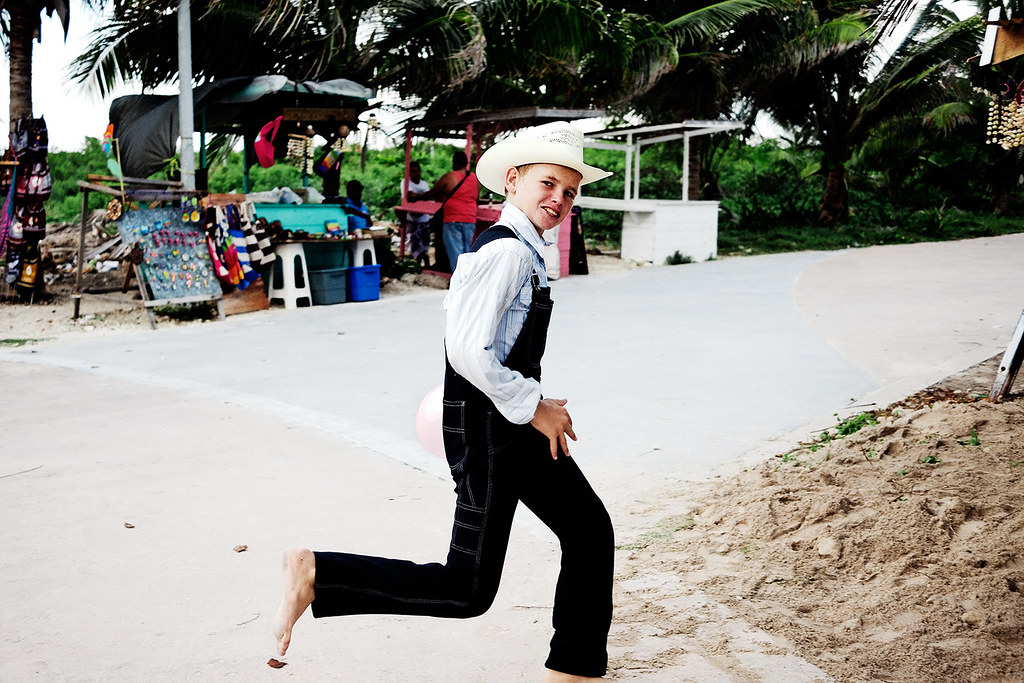 HOW TO GET TO MAHAHUAL

South of the Sian Ka`an biosphere reserve, the coast of Quintana Roo washed by the Caribbean Sea extends for almost 100 kilometers. It is another stretch of splendid beaches where palm trees and mangroves compete to get closer to the transparent waters that gently extend over the white sand. Opposite, a few meters away, the Mesoamerican Reef creates a fantastic and multicolored underwater world.

The coastal strip that forms this route is linked to Chetumal and the rest of the Yucatan peninsula by a 57-kilometer road that goes from federal highway 307 to the town of Mahahual. Such road begins in the town of El Cafetal, located 84 kilometers north of Chetumal (and 69 kilometers south of Felipe Carrillo Puerto).

Although the traveler arriving from the interior finds Mahahual first, to give a greater geographical order we present the points of this route from north to south. From El Uvero to Rio Indio and then Mahahual there is a good paved road (whose signpost in Mahahual points to Tampalam destination). From Mahahual to Xcalak there are two roads: the paved road that runs about 5 kilometers inland, parallel to the coast, and a sandy gap not suitable for small vehicles that go next to the beach. In total, from El Uvero to Xcalak are 90 kilometers. Daily there are several bus runs that connect Mahahual with Chetumal and other cities of the Yucatan Peninsula. 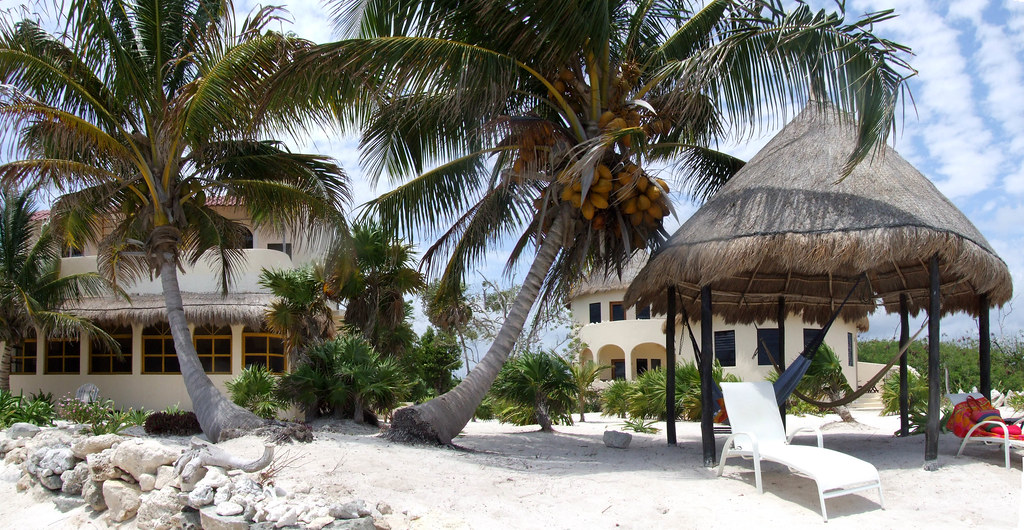