Thin Mexico. Here are some ideas if you only have a few days

Colonial cities, archaeological zones, infamous landscapes and paradisiacal beaches are just some of the surprises that this Central American country holds

To pretend to travel a territory of the dimensions and diversity of Mexico in a space as small as this one seems to us a certain complex task. And it is that the Central American country can boast of a natural, historical and cultural wealth hardly surpassable. Colonial cities, archaeological zones, infamous landscapes, paradisiacal beaches, sun and, of course, an internationally recognized gastronomy are some of its innumerable attractions.

If you only have a few days, we recommend that you choose the type of trip you would like to make, something that is not always easy. If it is the first time you visit the country, we will make things easier for you: we suggest seven inescapable corners that will allow you to discover the Mexican essence: its colours, its smells and, of course, the character of its people.

We started the adventure in the Mexican capital, one of the largest cities on the planet and a city in constant evolution. Its streets are full of vitality in a constant coming and going. Do not pretend to see everything, because it is impossible. The first stop is the metropolitan cathedral, with its 14 chapels, its Black Christ and its towers. Stroll through the Zócalo and come to the Palace of Fine Arts, the National Museum of Anthropology - considered one of the best in the world - the House of Tiles or the National Palace, the seat of government and one of the places where we can contemplate the work of Diego Rivera. The painter, along with his wife, Frida Kahlo, is very present in Mexico City -CDMX-. One of the must-see places is, precisely, the house museum of Frida Kalho. 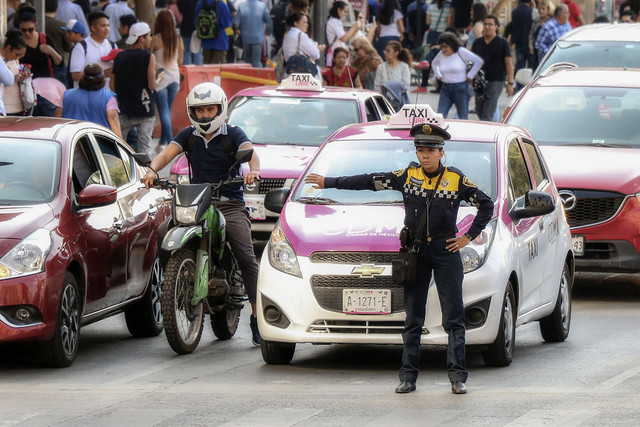 It is necessary to approach the Latin American Tower, in its day the tallest skyscraper not only in the city, but also in Latin America, and to contemplate from the top the incredible views over an unattainable capital. If you want to get away from the bustle, what better way to go to the Chapultepec forest, an urban park that will allow you to breathe fresh air, or opt for Xochimilco, where you can stroll in one of its colourful trajineras through its network of canals.

If when you travel you like to immerse yourself in local life, drop by some market like the one in Sonora or stroll through neighbourhoods like Rome, today famous for the film by Alfonso Cuarón.

Teotihuacán is another of the essential visits, so to pass by would be an unforgivable mistake. It is located an hour short of CDMX and it is a city before the Aztecs, whose origins date back to the II century BC. For almost ten centuries, there lived between 100,000 and 200,000 inhabitants in more than two thousand buildings.

Its most impressive buildings are the 65-meter-high pyramid of the Moon and the smaller Sun, both connected through the Avenue of the Dead. The place has become a first-rate archaeological site, in which excavations and investigations are carried out permanently. 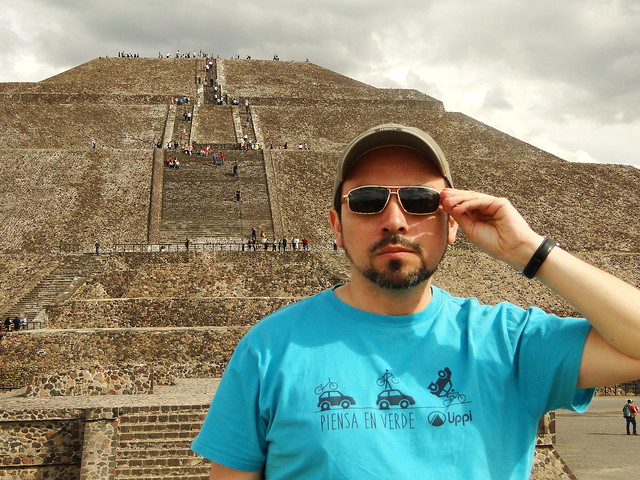 San Miguel de Allende is another essential destination on your first trip to the Central American country. Cosmopolitan and picturesque at the same time, it is considered the most beautiful city in Mexico. Its urban centre, cobbled streets and magnificent colonial buildings, reveals its importance in the past. It has the privilege of being considered a World Heritage Site by Unesco.

It is located in the state of Guanajuato, in the northern centre of the country, about 275 of the capital, and is known as the city of springs, for its spas and thermal centres, as well as for its artistic and cultural activity. The latter has earned him the election as the American Capital of Culture in 2019.

Our fourth proposal hardly requires a cover letter. It is Chichén Itzá, the most famous archaeological site of the Yucatan Peninsula, a jewel of the Mayan culture, and one of the seven wonders of the modern world. Founded at the beginning of the 4th century and abandoned in 1250, it is a clear reflection of its greatest period of splendour. 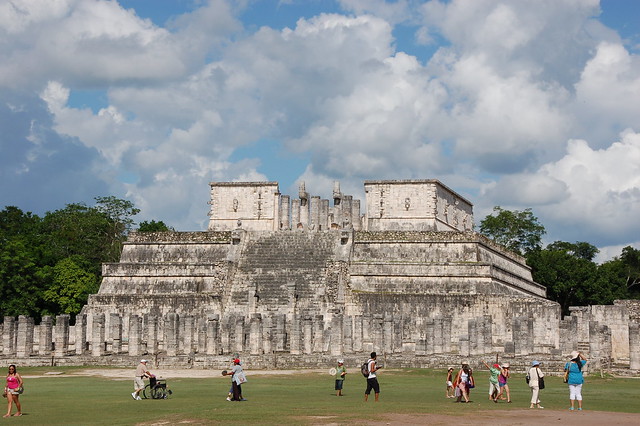 Tour the grounds and contemplate the Castle (the Great Pyramid), the Mayan Ball Game Court, the Temple of the Warriors with the Chacc (figure of God), the Sacred Cenote - sacrificial altar that included humans - and the observatory astronomical, the Caracol, will transport you to other eras.

If you visit Chichén Itzá during the fall and spring equinoxes, you will have the privilege of witnessing a natural spectacle of the most beautiful, when the sun creates the illusion of a snake ascending or descending the stairs of the pyramid, something that catches every year Thousands of Tourists.

If you are looking for a corner in which to lose yourself by the sea without crowds, Holbox is your next destination. It is an island located north of the Yucatan, considered the most hippy of the Mexican Caribbean. There are no motor vehicles or paved roads, so spending a few days here, enjoying quietly its white sand beaches and crystal clear waters is a gift. 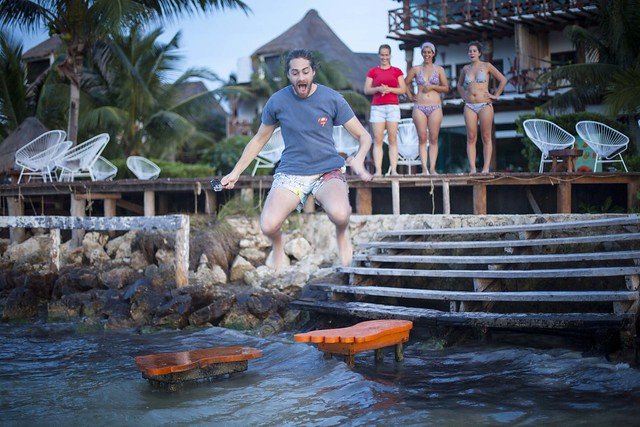 Privileged refuge of some international celebrities, it is necessary to rest, enjoy live concerts in its many venues, taste Mexican cuisine, take advantage of some excursions in the surroundings, and even swim with the whale shark. Although it does not have a great hotel offer, you will find some establishments that will make you feel in paradise.

More to the south of the Yucatan peninsula, also on the shores of the sea, we find Tulum, a city that has it all: history, culture, spectacular beaches and an excellent hotel offer of small and luxurious lodgings and rustic cabins. Habitual in luxury travel magazines, can boast of its beaches, coconut trees, turquoise waters and also, incredible Mayan ruins. 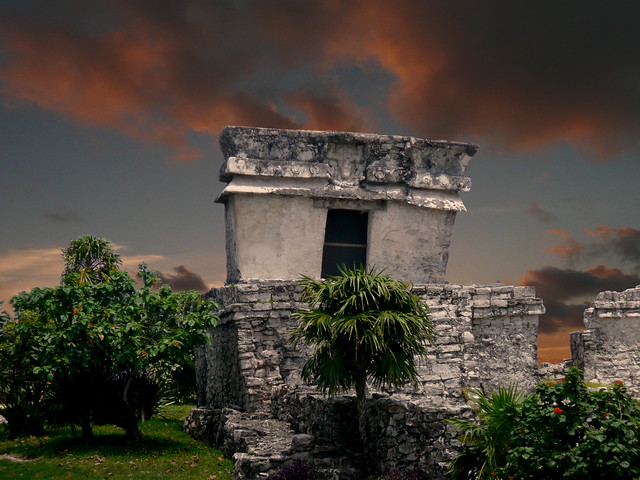 And is that its walled city has an archaeological site built overlooking the sea that has turned its image into one of the most idyllic postcards of this area of the Caribbean. The enclave located south of the Riviera Maya, and just over an hour from Cancun, is one of the places where national and international celebrities spend their vacations, leaving on Instagram a trace of their passage through the place.

The last proposal for your trip through Mexican lands is highly recommended. This is San Cristobal de Las Casas, a town in the state of Chiapas with a special charm, which we are sure you will fall in love with. Considered a magical town, you will enjoy strolling through its cobblestone streets full of colourful colonial buildings and snooping in one of its markets. 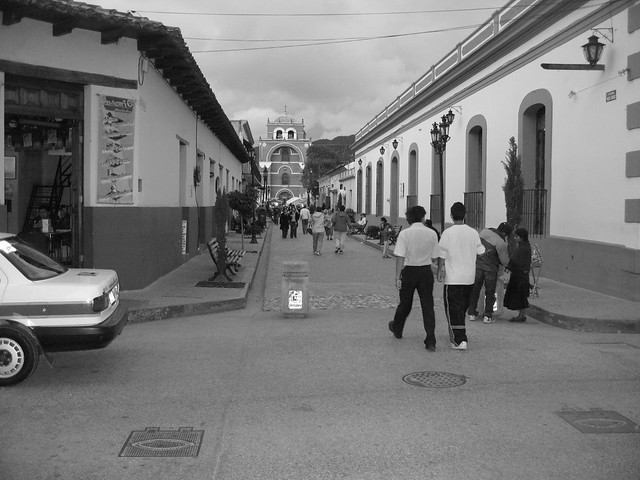 Take the opportunity to also know its surroundings, with wooded landscapes and jungle areas, rural villages, rivers and impressive canyons such as the Sumidero. Going by boat and contemplating the towering cliffs that surround it, is priceless. We guarantee it.