Netflix will produce miniseries about cave rescue in Thailand

Netflix Inc. has teamed up with the company behind the blockbuster Crazy Rich Asians to produce a miniseries about the dangerous rescue of 12 young footballers and their trainer in a flooded cave in Thailand.

The miniseries on cave rescue in Thailand will be directed by Nattawut Poonpiriya of Thailand and Jon M. Chu

The video giant, based in California, and SK Global Entertainment signed an agreement for the dramatization at the Ministry of Culture on Tuesday in Bangkok. They have not transcended the economic conditions of the contract, although local media previously reported that soccer team members would receive 3 million baht (the US $ 94,000) for the rights.

The boys and their trainer were trapped in the cave in the mountainous north of Thailand in June last year after the floods caused by heavy rains.

An international rescue effort with specialized divers in caves took out all the trapped, one by one, monopolizing world attention for two weeks. An old SEAL of the Thai Navy died during the operation, which involved going through narrow, submerged corridors and, sometimes, in complete darkness.

"Thailand is a very important market for Netflix and we hope to bring this inspiring national story, but with global resonance, to overcome the seemingly insurmountable challenges of life, once again, to the global audience," said Erika North, director of original international content on Netflix.

Engineers at the Space Exploration Technologies Corp. rocket firm, billionaire Elon Musk, built a high-tech submarine for children to help with the rescue. In the end, its use was not necessary.

The miniseries will be directed by Nattawut Poonpiriya of Thailand and Jon M. Chu, who directed Crazy Rich Asians.

Netflix has around 150 million paid subscribers worldwide and remains the leading service in video content. The company spent more than $ 7 billion on programming last year.

What are people dying of in the world? 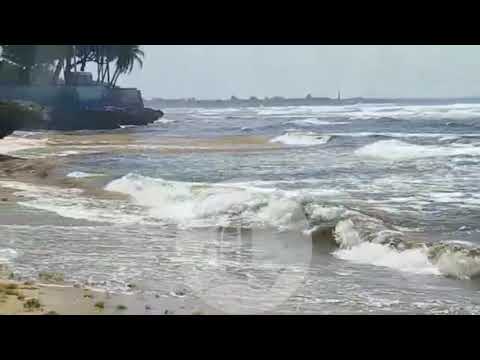 Sargassum seaweed is back on the beaches of the Dominican Republic

Jordan Goudreau, the 'Rambo' who tried to invade Venezuela and capture Maduro