Details of the modifications to the labor reform in Mexico

The Official Gazette of the Federation (DOF) published the modifications that were made to the Constitution in the framework of the labor reform that was approved a few days ago almost unanimously in the Senate of the Republic. 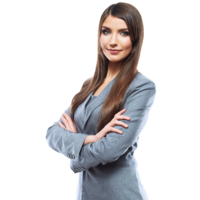 The Senate Plenary approved in general and in particular the labor reform to have an order in the matter in accordance with the Free Trade Agreement between Mexico, the United States, Canada (T-MEC), promote union democracy and create labor courts. Stock image

It emphasizes that within the modifications that were made to the Constitution, union freedom and democracy were established, a new model of distribution and strengthening of the internal market was promoted through wage improvement.

In addition, a new system of labor justice will be established, more agile and expedite, based on respect for the rule of law; genuine collective bargaining that will allow a healthy dialogue between employers and workers and, finally, the fight against corruption and union extortion.
The laws that were modified were the Federal Labor Law, Organic Law of the Judicial Power of the Federation, Federal Law of Public Defender, Law of the Institute of the National Housing Fund for Workers and the Social Security Law, and with its progress was made in the approval of the Trade Treaty with the United States and Canada (T-MEC).

In the DOF, the decree was also issued to amend, add and repeal various provisions of the Federal Law of Workers in the Service of the State, Regulatory of section B) of Article 123 of the Constitution.

It is detailed that all workers have the right to form part of a union and to form unions, without the need for prior authorization, so that the worker will at all times exercise their freedom of accession or separation in a union.

Also, no one can be forced to join a union, not to be part of it or to remain in it, so the election of union leaders will be done by personal, free, direct and secret vote of members , prior notice that will be issued with an anticipation of no less than 15 days and that will be disseminated among all union members.

The trade unions may join the Federations of Trade Unions, in accordance with their internal rules, and the trade unions are prohibited from making propaganda of a religious nature; exercise the role of a merchant, for-profit; use violence with free workers to force them to unionize and foment criminal acts against people or property.

The Senate Plenary approved in general and in particular the labor reform to have an order in the matter in accordance with the Free Trade Agreement between Mexico, the United States, Canada (T-MEC), promote union democracy and create labor courts.

With 70 votes in favor and 50 against, the senators approved the reserved articles and later it was sent to the federal Executive for its promulgation.

Archaeological sites in Chiapas that you should visit

Mexico coronavirus latest update: an acceleration in the spread of covid

Palenque: Seat of one of the greatest rulers of the Classic Maya