Discover some of the things, technologies and traditions that were born in Mexico and are used or practised today all over the world. If some of them are obviously part of the Mexican culture, others may surprise you. Let's see if you knew that all these things have a Mexican origin.

To begin with, let's remember the things whose Mexican origin is quite obvious. Thus, one of the symbols of the country is the traditional Mariachi music. It is a fusion of different rhythms and sounds that was formed in the eighteenth century in the city of Cocula.

In 2011, the art of Mariachi was considered by Unesco as a Cultural Heritage of Humanity. Also on the list are the Day of the Dead Festival and Mexican Gastronomy.

Another thing with an obvious Mexican origin is Mexican wrestling. The history of this sport began more than a century ago. Originally it was an opportunity for men to measure their strength. The battles soon became a popular entertainment.

This sporting activity was introduced in Mexico during the French intervention, in the year of 1863.

Among the foods and dishes known all over the world, there are also some from Mexico. First of all, it is worth mentioning the chocolate that has its origin in pre-Hispanic Mexico. The word of the Nahuatl 'xocolatl' ('bitter water') was what gave the name to the delight that happened to Spanish, English, Russian and the other languages of the world. Another food of Mesoamerican origin, which also has a corresponding name, is avocado.

Did mexico introduced chocolate to the world?

Among the Mexican dishes that conquered the world include the tortilla, which began to be used before 500 BC. A much younger, but not less popular, the gastronomic invention is the César salad, invented in 1941 by the owner of a restaurant in Tijuana, César Cardini. To feed his customers, he used the only ingredients he had left, but the recipe became truly legendary.

Among the scientific and technological discoveries, stands out one of the milestones that revolutionized the industry and affected the lives of people around the world. It's about the appearance of colour television. 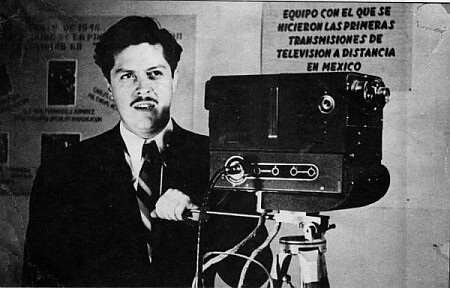 It was in 1939, when the young Mexican engineer, Guillermo González Camarena, managed to develop a remote colour signal transmission system for television. However, due to economic factors, technology began to be used in the country only in 1963.

The invention received numerous awards, in particular, was chosen as the twentieth most important of all time. The scientist himself was considered "one of the chemical engineers who changed the world," according to the magazine TCE Today.

Cancun waiter burns tourist when he flambéed a birthday drink

A more active than normal hurricane season forecast for the U.S. in 2021