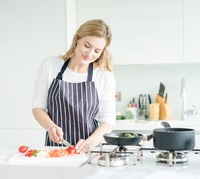 The report of the Center for Documentation and Analysis for Workers (Cendas) details that a worker needs a minimum of Bs. 46,882.64 per day to feed his family. In the month of May, Bs. 40,604 per day was required.

The minimum wage is Bs. 40,000 and the purchasing power of Venezuelans is almost nil since a family needs 35 minimum wages per month to cover basic expenses.

The document states that the minimum wage is equivalent to 5.43 dollars per month, well below international standards and has only a real purchasing power of 2.8% of the Food Basket for the family group.

The agency AFP reported that the phenomenon will remain "as long as these numbers do not fall significantly." The cumulative inflation during the first half was 1.155%.

Breaking a statistical silence of three years, the Central Bank of Venezuela (BCV) revealed on May 29 that inflation had reached 130.060% in 2018 and that the economy was reduced by half since 2013.

The issuing body still reserves the figures for 2019.

The Legislative, whose decisions are considered null and void by the courts after declaring it "in contempt", began to make the estimate on their own in 2017 and ensures that in 2018 inflation was 1,698,488.2%.

The country with the largest oil reserves is experiencing the worst crisis in its recent history, which has forced the migration of some four million Venezuelans since 2015, according to the UN, amid heightened tensions over the power struggle between the socialist president Nicolás Maduro and opposition leader Juan Guaidó.

Maduro launched last August a program of reforms that included the elimination of five zeros to the Bolivar and depreciation of 96% and promised to end the issue of money without support, the main fuel of inflation according to analysts.

By Mexicanist, Source: AFP and NTN24