Antibiotic against tuberculosis is discovered in scorpion venom

A group of Mexican scientists from the National Autonomous University of Mexico (UNAM) discovered in the scorpion venom an antibiotic against tuberculosis, a disease for which 45,000 people die each day, the institution reported. 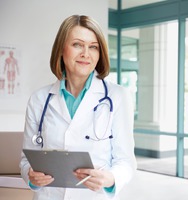 Experts from the Institute of Biotechnology of the UNAM found, isolated and patented two substances in the scorpion venom that are also effective in inhibiting the growth of some cancer cells. Stock image

According to the information, the experts of the Institute of Biotechnology isolated produced and patented two compounds capable of combating strains of this disease and golden staphylococcus. In addition, the substances are effective in inhibiting the growth of cancer cells without causing damage to lung tissue.

Tuberculosis is one of the most lethal diseases in the world since 45 thousand people die each day, and it is contracted by approximately 30 thousand, although it is preventable and curable. The treatment against this disease lasts approximately six months, the reason why the patients leave it. Due to this, those affected generate resistant strains that require a greater amount of antibiotics and extend the medication for up to four years.

The new university compounds can help solve this problem, an important step from the point of view of public health. The substances would also be effective in the treatment to inhibit the growth of cancer cells, the research was led by Lourival Domingos Possany Postay.

For more than four decades, the Possany Postay team has studied the structure of scorpion poisons in Mexico and 16 other nations. This work has allowed the recognition of the researcher, nationally and internationally, for his contributions to the development of antivenoms of the last generation.

"The work in the laboratory, with biological models, is already done and it works, now clinical trials in humans are required, and a pharmaceutical company that is interested can make this product reach people," said researcher Lourival Domingos Possany Postay.

The first of the compounds discovered are red and was called 3,5-dimethoxy-2- (methylthio) cyclohexa-2,5-diene-1,4-dione, which was shown to be effective against Staphylococcus aureus, bacteria causing skin infections, sepsis, endocarditis, and pneumonia.

The second is blue and was called 5-methoxy-2,3-bis (methylthio) cyclohexa-2,5-diene-1,4-dione, effective against the mycobacterium that causes tuberculosis.

Both components are capable of preventing the development of certain lineages of neoplastic cells and are efficient as antibiotics.

The researcher explained that because the amount of compound that can be obtained from live scorpions is very small, in the order of some micrograms, it was indispensable to obtain them chemically.

In order to synthesize them artificially, the support of post-docs was required from Richard Zare's laboratory at Stanford University in California, where they determined the structure of both antibiotics using mass spectroscopy and nuclear magnetic resonance studies.

The head of the study said that because they have been working on the antibiotic for several years they have already obtained the patent.

In 2016, the National Center for Preventive Programs and Disease Control (Cenaprece) reported two thousand 569 deaths from tuberculosis in Mexico, and 21 thousand 184 new cases throughout the country.

How many Internet users are there in Mexico?

Natural vanilla: what is it and where does its flavor come from? Plus three recipes to try

Which are the best universities in Mexico and where do they rank globally?