5 most terrifying ghost towns in Mexico

5 most terrifying ghost towns in Mexico

Despite the years of neglect, these ghost towns located in Mexico still have many stories and legends among their dark streets.

Mexico is undoubtedly one of the countries with the richest culture; it keeps among its corners paradisiacal places to visit, however, it also has among its most hidden places some ghost towns that are part of the history and legend of many of the states of Mexico.

Ghost towns where abandonment reigns, nostalgia and terror can be the perfect destination. The fact that the inhabitants had abandoned them, means that there are still stories that should be told. Meet five of the most terrifying and famous ghost towns in Mexico, and why you should give them a break one of these days.

During the years of the Spanish colony, Ojuela was one of the most important silver, gold, manganese and zinc mines in the country. Servando de Ojuelos was the discoverer of the mine, hence the origin of his name. But unfortunately, in the 20th century, a strong storm destroyed the place, which caused its inhabitants to emigrate to other states, leaving the place totally abandoned. 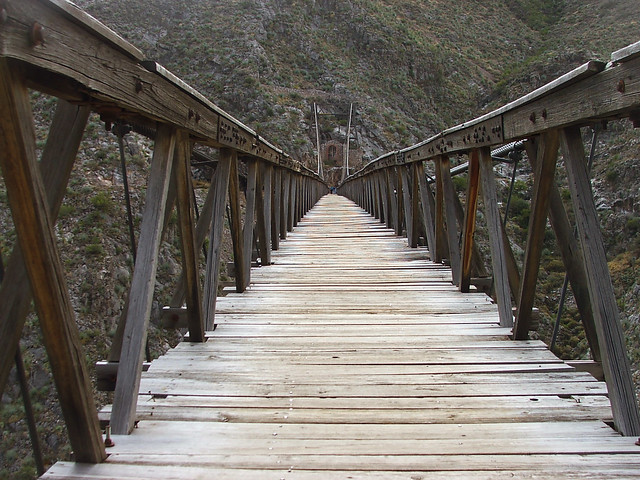 Today, tourists come to the ghost town of Ojuela to appreciate one of the largest suspension bridges in the world, which was a source of inspiration for the construction of the Golden Gate in San Francisco.

For several decades the Cerro de San Pedro was a town that provided several jobs to the inhabitants of the place. It was one of the most important mining sites in San Luis Potosí, until in 1948 a strike that did not end well caused the mining company to exploit practically the entire site; leaving in its place a ghost town. 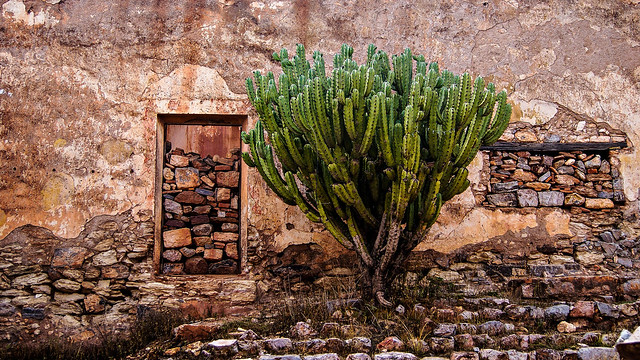 Currently, there are very few inhabitants of San Pedro, who invite tourists to visit the place and learn the stories behind its collapsed walls.

A violent eruption of the Paricutín volcano in Michoacán caused the town to be practically under ashes, rubble, and oblivion. All the inhabitants had to be evicted, luckily there were no human victims but a totally abandoned ghost town. In fact, the only thing that was saved was the church of San Juan, which can be seen surrounded by a volcanic catastrophe. 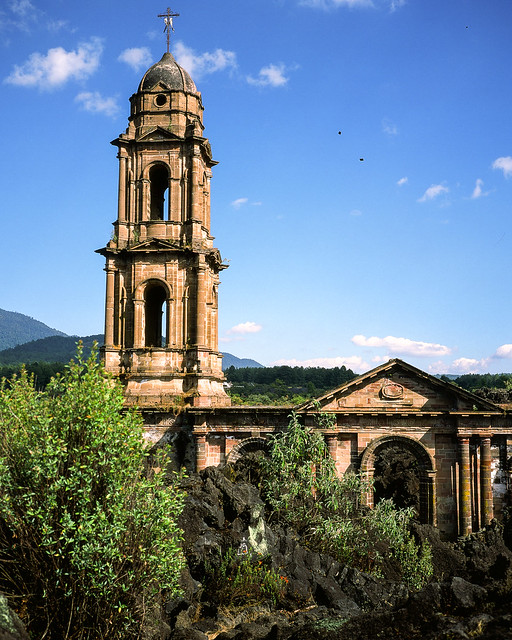 It was also one of the most important mining towns; in it, silver, copper, gold, bronze, mercury, and aluminum were extracted. But legend says that because of the conflicts in the Cristero War where the priest of Mineral de Pozos was killed, a curse fell on the town. The mines were flooded and the inhabitants had to migrate to other places, thus leaving a ghost town. 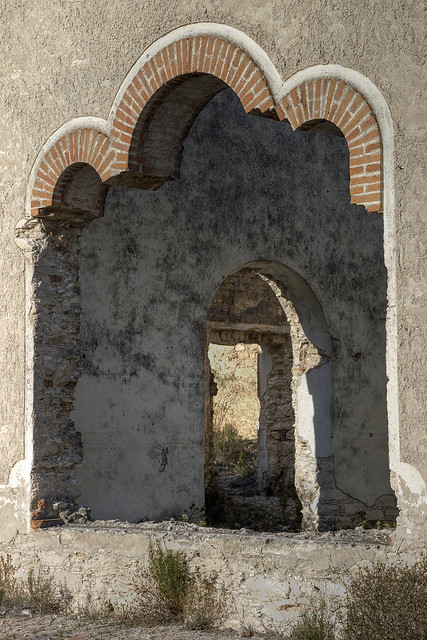 Nowadays, tourism and the inhabitants have returned to Mineral de Pozos turning it into a magical town, where many legends and buildings abound with anecdotes.

Due to the construction of the Falcón Dam, all the inhabitants of this region had to be relocated in the new city of Guerrero, since the initiative would flood practically all the town. It is for this reason that this place full of water is known as Old Warrior; the ghost town of Tamaulipas. Some tourists have visited it, however, it is necessary to wait for the water level to drop in order to appreciate it. 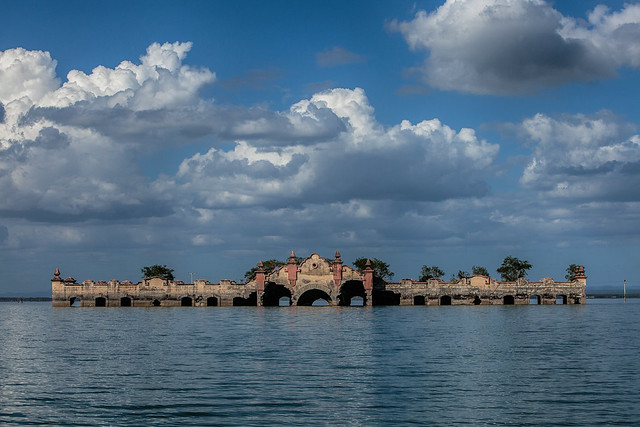 Archaeological zone of Veracruz, the watchman of the gulf