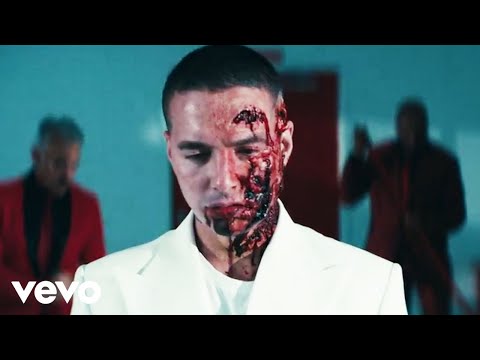 J Balvin brings colours to brighten up the world

Urban music singer J Balvin released his sixth studio album, entitled "Colors". Balvin hopes that his new production will act as an antidote to the anxiety caused by the quarantine in many countries.

Colombia currency, the most devalued in Latin America

With a devaluation of 11%, the Colombian peso was one of the currencies that lost most value against the dollar during 2019, without taking into account the quotations of the bolivar that practically disappeared from financial operations. This behavior is related to the profound uncertainty that the exchange market has presented in the last 12...

Colombia's economy would grow the most in Latin America until 2021

The Chamber of Commerce (CCB) pointed out that Bogotá is the third best city in Latin America for the development of financial technology businesses and that it is advancing by leaps and bounds in the formation of a fintech (financial technology) business ecosystem.

Pedro Luis Sanchez (name changed for safety purposes) has lived most of his life in Catatumbo, moving around with his family, always seeking economic stability. To achieve it, he, like nearly 200,000 peasants in this region of Norte de Santander, made up of 11 municipalities, lives off the coca leaf plantations.

Can this Colombian discovery give the world a cure for Alzheimer's?

A unique case in the world, which gives great hope in the search for the prevention or cure of Alzheimer's, was discovered in Medellín.

The East Tunnel, which with 8.5 kilometers (5 miles) in length became the longest road tunnel in operation in Latin America, was inaugurated this Thursday by Colombian President Ivan Duque, who was in charge of leading the first route.

Robotex will be held in Colombia, the largest robotics festival in the world

Between June 12 and 15, Robotex will be held at the Universidad Pontificia Bolivariana, the largest robotics festival in the world, which will be held in Colombia for the second time.

Avianca Holding initiated a process of cost reduction and adjustments to its investment plans to improve its profitability.

Details of the Expoconstrucción and Expodiseño trade fair in Bogota

The construction sector of Colombia has an appointment next week, from May 14 to 19, in the great fair of the construction of buildings, Expoconstrucción and Expodiseño. The event will take place in the Corferias center in Bogotá.