Among the many attractions of Cancun is having access to the vestiges of an ancient culture as fascinating as the Maya. Only two hours away by car you can visit several very important Cancun Mayan ruins

Tip: All the Cancun archaeological sites can be visited any day of the week between 8 am and 5 pm and there are guides who speak several languages.

The building has an avant-garde design and access to the museum's exhibitions is done through two ramps. It has a collection of 350 pieces from various Mayan sites such as Palenque, Chichen Itza, and Comalcalco. The first room of the museum is dedicated to the archaeology of Quintana Roo, the second details general aspects of the Mayan civilization and the third room is dedicated to temporary exhibitions. The visit to the museum also includes access to the San Miguelito archaeological zone. 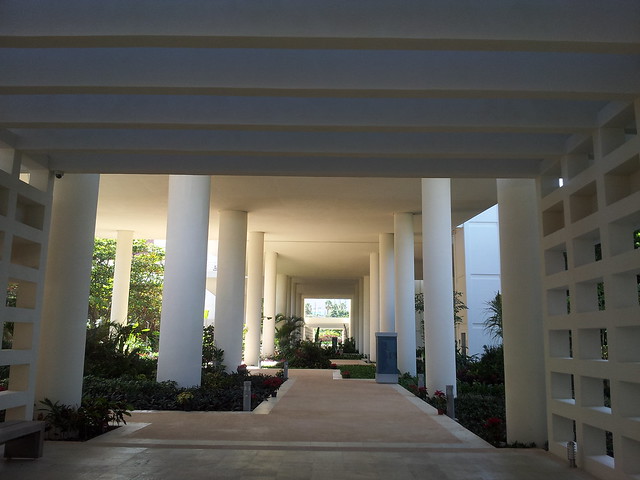 Through a path that starts from the lower corridor of the museum, you come to this site composed of several architectural groups: The Great Pyramid that is erected in the main building; The South, which consists of housing units, a palace-like building, and small altars;

Dragons, called in this way because in the seventies were found here snakeheads that the population mistakenly identified as dragons, in this area highlights a temple that retains fragments of mural painting with designs of animals and marine elements. The museum is open from Tuesday to Sunday from 9:00 a.m. to 6:00 p.m.

It is one of the most beautiful archaeological treasures in Mexico. It consists of 60 structures, most of which date back to the 12th to the 15th centuries. Tulum was a fortress and the only Mayan city built on the coast and one of the few that was still occupied when the Spanish arrived in the sixteenth century.

More than 60 well-preserved structures can be observed within the site surrounded by three walls. Among the most important buildings are El Castillo, the Temple of the Descending God and the Temple of the Frescoes. There are several cenotes in the surroundings of Tulum.

One of the oldest cities is located 20 minutes south of Tulum, next to a blue lake called La Laguna de Muyil. It has large vegetation and three temples, of which El Castillo stands out, with a height of 17 meters (56 feet).

It is located about 65 km (43 m) west of Chetumal. Founded in 200 BC, this archaeological site contains about 200 mounds, although there is a large number more to explore. The most important structure is the Temple of the Masks, an early classical pyramid whose central staircase is flanked by enormous masks. 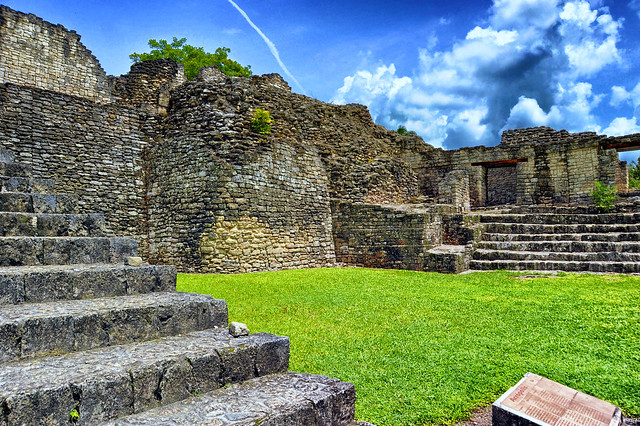 It was one of the most important city-states of the Mayan Empire. It is estimated that there are about 6,500 structures in the area, surrounded by a thick jungle, in fact, only 5% of the site has been excavated.

The site has a long history of occupation that would have started around 200 or 100 before our era, it was a very large city that stretches over 80 square kilometers (31 sq mi) and where nearly 50,000 inhabitants lived. Coba is divided into groups. The Coba Group and the Nohoch-Mul Group, which have one of the highest pyramids of the peninsula with 42 meters (138 feet) in height. And the Mecanxoc Group and the "D" Group.

It is located 100 km (62 mi) from Mérida and 180 km (112 mi) from Cancún (approximately 2 hours and a half by car). This is one of the largest and most fascinating sites in Mexico and is famous worldwide for the play of light and shadow that occurs at each equinox on the staircase of the pyramid known as El Castillo, where it seems that a snake is descending.

The above demonstrates the astronomical and architectural knowledge that the Maya possessed. Other impressive structures are the Great Ball Court, the largest in Mesoamerica with 120 meters (394 feet) in length, the observatory called El Caracol, and the Temple of the Warriors. It is advisable to schedule a whole day to visit this archaeological site.

Located 51 km (32 mi) northeast of Chichén Itzá and 30 km (19 mi) north of Valladolid. This ancient Mayan capital had its apogee between the years 770 to 840 a.C. It contains 45 structures within which the Mayan Arc, the Oval Palace, and the Ball Game stand out.

Tip: In addition to the archaeological sites, there are nearby colonial cities such as Valladolid, cataloged as a "Magical Town". Cancun is the best choice for those who wish to explore Mexico's exciting past.

A Magical Town is a locality that has symbolic attributes, legends, history, transcendent facts, everyday life, in short magic that emanate from you in each one of its socio-cultural manifestations, and that nowadays means a great opportunity for the tourist use.