The Odebrecht case in Mexico is back in the public eye, after the National Institute of Transparency, Access to Information and Protection of Personal Data (INAI) instructed the Ministry of Public Administration (SFP) to promptly deliver the documents that account for the individuals and companies sanctioned in the case.

Coronavirus is in Latin America: First case confirmed in Brazil

An examination by the Brazilian government confirmed the first case of the new strain of coronavirus in Latin America, a source said Wednesday, after a hospital in Sao Paulo pointed to the possible infection of a 61-year-old person who had been in Italy.

The study analyzed the capacity of the dynamics of carbon sequestration in the Amazon. It found that between 2003 and 2016, the Amazon emitted more carbon than it was able to absorb. Indigenous lands and protected areas performed better than unprotected lands. 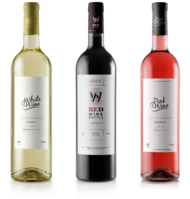 Four stirrers turn hundreds of bottles by hand in the half-light of a cellar. It looks like a typical print of the prestigious French champagne cellars. But this is Pinto Bandeira, one of the areas producing the increasingly renowned sparkling wine of southern Brazil.

Brazil economy: the titan of South America taking off again

According to the OECD, Brazil's economy is gradually recovering, due to internal factors. Confidence is improving after progress in approving economic reforms in Congress and investment has regained its strength after falling for two quarters.

Belo Horizonte is one of the cities that are part of the UNESCO World Heritage for being the Brazilian capital with the highest quality of life. It is considered the gateway to visit colonial cities and the capital of the state of Minas Gerais.

Brazil, once again considered the safe haven market for the emerging countries of Latin America

Brazil managed to avoid recession in the last quarter. The latest GDP figures showed a slight acceleration of growth with an increase of 0.4%. Whether or not this is a one-off case will be demonstrated by the actual figures. Brazil is still expected to finish the year with growth.

Adeus, Joao Gilberto; the world weeps for him

The Brazilian Joao Gilberto, who died at the age of 88, was the last living father of bossa nova, the syncopated rhythm of samba, but mixed with the freshness of jazz that became a reflection of the Brazilian soul.

The Brazilian government banned the sale in Brazil of Cuban tobacco of the Cohiba brand, reported the local press.

What to do in Brazil during the Copa América?

Many will visit Brazil during these days to watch football, however, this trip should be an opportunity to get to know some of the most emblematic places. Thinking about this, Despegar, the leading online travel company in Latin America, lists some must-see activities in Salvador de Bahia and Sao Paulo.